A tale set amid the 1956 Hungarian revolution in post-WWII Communist Budapest.

In the middle of Budapest, there is a river. Csilla knows the river is magic. During WWII, the river kept her family safe when they needed it most–safe from the Holocaust. But that was before the Communists seized power. Before her parents were murdered by the Soviet police. Before Csilla knew things about her father’s legacy that she wishes she could forget.

Now Csilla keeps her head down, planning her escape from this country that has never loved her the way she loves it. But her carefully laid plans fall to pieces when her parents are unexpectedly, publicly exonerated. As the protests in other countries spur talk of a larger revolution in Hungary, Csilla must decide if she believes in the promise and magic of her deeply flawed country enough to risk her life to help save it, or if she should let it burn to the ground.

There are numerous literary fictions about World War II and the Holocaust. Books that talk about the horrors. But there are very few about the aftermath. And a young adult book on the theme is equally rare. When the concentration camps were liberated. When the countries and their people were left to pick up the pieces and rebuild their life. All the while dealing with the trauma of losing their families.

This Rebel Heart by Katherine Locke is set in Hungary at the time 1956 revolution. Just after the Holocaust where Hungarians fought to attain freedom from the Russians just as the Polish had. It is the story of human resilience. Of the youth stepping up to take back what is rightfully theirs.

The brilliant cover is the first that catches your attention. The writing is easy and immersive. Although the pacing is slow, it is one you want to take slow and absorb all in. The author weaves in the historical events into the narrative seamlessly. The queer rep is also well-woven without it seeming to be mere tokenism. We rarely get such representation in historical novels.

The book follows three primary characters – Csilla, Azriel, and Tamas. It is primarily about the teenage Csilla whose parents are executed under false charges and recently exonerated. The unwilling hero comes to her own as the story progresses. The characters are well-etched. Some layered, some flawed, some forced to live with the consequences of their own decisions and those of others.

I have to confess I did not know much about the Hungarian revolution of 1956. We all have read in school about how Archduke Ferdinand’s assassination more or less triggered the First World War. But few of us know about the country’s post World War history. That it was a satellite state of the Soviet Union. The AVH (secret police) and how they “disappeared” the dissidents. Reading this part of history was indeed an eye-opener.

I loved how the author used imagery. The play of colors. The metaphors. The grays give way to colors as the revolution progresses. There is a hint of magical realism combined with Jewish folklore. The golems, the river Danube’s magic. And some mysterious characters that you need to read the book to find out more about. The river Danube is as much a character in the book. The peppering of journal entries from Csilla’s father adds another layer to the narrative.

There couldn’t be a better ending to the book. The kind of ending that prompts you to dig deeper and look up the history very few know about. And that is exactly what I did, spending the better part of the day reading up about Hungarian history.

I loved the book and cannot recommend it enough. It is one of my favorite reads of the year. If you enjoy historical fiction with a hint of magical realism, do pick up the book.

“She did not know how to remember and move on at the same time. Memory and forgetting were two weights on a scale of history. One must forget just enough to move forward, and remember just enough to avoid repeating the horrors of history”

“Everywhere we walk in this city, we walk on ghosts. That building is no different.”

“Reforms could not take root in a field sown with fear and violence. The country could not be occupied and move forward at the same time. They could not ignore injustices of the past and the ones still happening and hope for a change.” 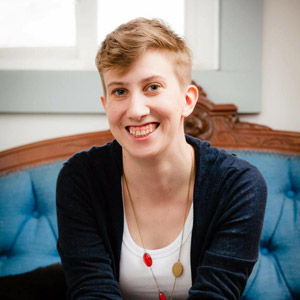 Katherine Locke (they/them) lives and writes in Philadelphia, Pennsylvania with their feline overlords and their addiction to chai lattes. They are the author of The Girl with the Red Balloon, a 2018 Sydney Taylor Honor Book and 2018 Carolyn W. Field Honor Book, as well as The Spy with the Red Balloon, and the forthcoming This Rebel Heart (April 2022). They are the co-editor and contributor to This is Our Rainbow: 16 Stories of Her, Him, Them and Us, which had three starred reviews and made Kirkus Review’s Best Middle Grade of 2021 list, as well as It’s A Whole Spiel: Love, Latkes and Other Jewish Stories. They also contributed to Unbroken: 13 Stories Starring Disabled Teens and Out Now: Queer We Go Again. They are the author of picture books Bedtime for Superheroes, What Are Your Words? A Book About Pronouns, and the forthcoming Being Friends with Dragons (February 2022). They can be found online at KatherineLockeBooks.com and @bibliogato on Twitter and Instagram.

I would like to thank TBR and Beyond Tours and the publisher for providing a digital copy of the book for the blog tour. All opinions are my own.