The Lives of Edie Pritchard by Larry Watson Book Review

From acclaimed novelist Larry Watson, a multigenerational story of the West told through the history of one woman trying to navigate life on her own terms.

Edie—smart, self‑assured, beautiful—always worked hard. She worked as a teller at a bank, she worked to save her first marriage, and later, she worked to raise her daughter even as her second marriage came apart. Really, Edie just wanted a good life, but everywhere she turned, her looks defined her. Two brothers fought over her. Her second husband became unreasonably possessive and jealous. Her daughter resented her. And now, as a grandmother, Edie finds herself harassed by a younger man. It’s been a lifetime of proving that she is allowed to exist in her own sphere. The Lives of Edie Pritchard tells the story of one woman just trying to be herself, even as multiple men attempt to categorize and own her.

Triumphant, engaging, and perceptive, Watson’s novel examines a woman both aware of her physical power and constrained by it, and how perceptions of someone in a small town can shape her life through the decades.

Women are often put in boxes and expected to make compromises. Primarily by men who want to possess, to own. Men who refuse to take no for an answer. It could not have been more true in the case of Edie, the protagonist of The Lives of Edie Pritchard by Larry Watson.

Set primarily in Montana, the story spans decades and is divided into three sections. The first section is set in the late 1960s. It is about Edie stuck between two men, her high school sweetheart (and now jealous) husband and his twin brother who is still smarting from the ‘rejection’.

The second section is set in the late 1980s. A middle-aged Edie is still searching for her identity. It also explores her relationship with a possessive second husband and her estranged daughter.

The third and final section, set in the late 2000s, is when the character finally comes to her own and is at peace with herself. But as a grandmother, Edie struggles to stop her granddaughter from making the same mistakes she did. To avoid history repeating itself.

“I mean, all of us are someone else in the eyes of others. And for all I know, maybe that other is as true, as real, as the person we believe we are.”

It is always interesting to read a book by a male author writing from a woman’s point of view. I liked the writing style. It is quite descriptive and easy to read.

There were a few things that did not work for me. I found Edie’s character unlikable and superficial initially. The last section when Edie claims her identity was when she finally redeemed herself. Also, I wish the third section did not move the primary emphasis of the narrative to her granddaughter.

Overall, I did like the book. Characters are the backbone of a story, and I could never really invest in Edie’s. But I enjoyed the writing style and would love to check out more books by the author. Pick up the book if you like character-driven stories. One about a woman’s journey over the decades to self-discovery.

A book about how women are often put in boxes and expected to make compromises. The Lives of Edie Pritchard by Larry Watson Book Review @algonquinbooks #BookReview Click To Tweet 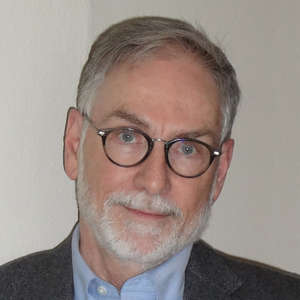 Raised in Bismarck, North Dakota, Larry Watson is the author of ten critically acclaimed books, including the bestselling Montana 1948. His fiction has been published internationally and has received numerous prizes and awards. His essays and book reviews have appeared in the Los Angeles Times, the Washington Post, the Chicago Sun-Times, the Milwaukee Journal Sentinel, and other periodicals. He and his wife live in Kenosha, Wisconsin. A film adaptation of Watson’s novel Let Him Go is currently in production with Kevin Costner and Diane Lane and due to release in 2020.

Image by Gerd Altmann from Pixabay