Chronicles of the Lost Daughters by Debarati Mukhopadhyay Book Review

Originally written in Bengali as Narach and translated into English by Arunava Sinha, Chronicles of the Lost Daughters is the author’s English literature debut. Debarati Mukhopadhyay wrote the bestseller Narach to share stories of lesser-known facts from the colonial Bengal. Practices such as indenture that we rarely read about in history books. Events such as the sinking of “Sir John Lawrence” with over 700 on board that never made it to the pages of history. Stories of commoners who have always been ignored and marginalized.

From abominable customs, lies, deceit, education, and class struggle, to a forgotten episode of history, it takes one through the peaks and troughs of the history of Bengal.

Set in the times of the Bengali renaissance, Chronicles of the Lost Daughters explores the socio-cultural politics of 19th-century Bengal including caste hierarchies, real-life figures, and events.

The thought-provoking read primarily follows the story of Bhubonmoni, a young widow, forced to flee the village with her brother Krishnoshundor’s family. Only to be tricked into slavery. It is also about a young rebel Shourendro wishing to make a difference.

History meets fiction where real-life figures and events are seamlessly woven in. The banished emperor of Lucknow, Nawab Wajid Ali Shah, and his dream of recreating it in Mitiabruz, Calcutta. The struggle and achievements of Dr. Kadambini Gangapadhyay against widow remarriage. The implementation of the Age of Consent Act.

The writing is lyrical and fluid and will have you turning the pages. True to its name, it relates the stories of lost daughters. Sati may have been abolished but it did little to raise the state of the women. Women’s education faced immense opposition all thanks to the prevailing superstitions. Girls as young as eight were married off. Most died of marital rape but the orthodox society looked the other way. Polygamy was rampant and women had little or no agency.

Translated works always have my heart. India has a rich history of regional literature and we often miss out on such gems.

Kolkata is one of my hometowns and I always enjoy reading about it. But nothing prepared me for the shocker the book is. The fast-paced read leaves you angry and upset at the sheer audacity of the “learned” men and all they got away with. The obnoxious customs upholding the idea of religion. The dark underbelly of the social impact of colonial times. The author does not sugar-coat and says it how it is.

If you enjoy historical novels, I highly recommend you pick up the book. It is a must-read. The author has more translated books in the pipeline and I cannot wait to read them. 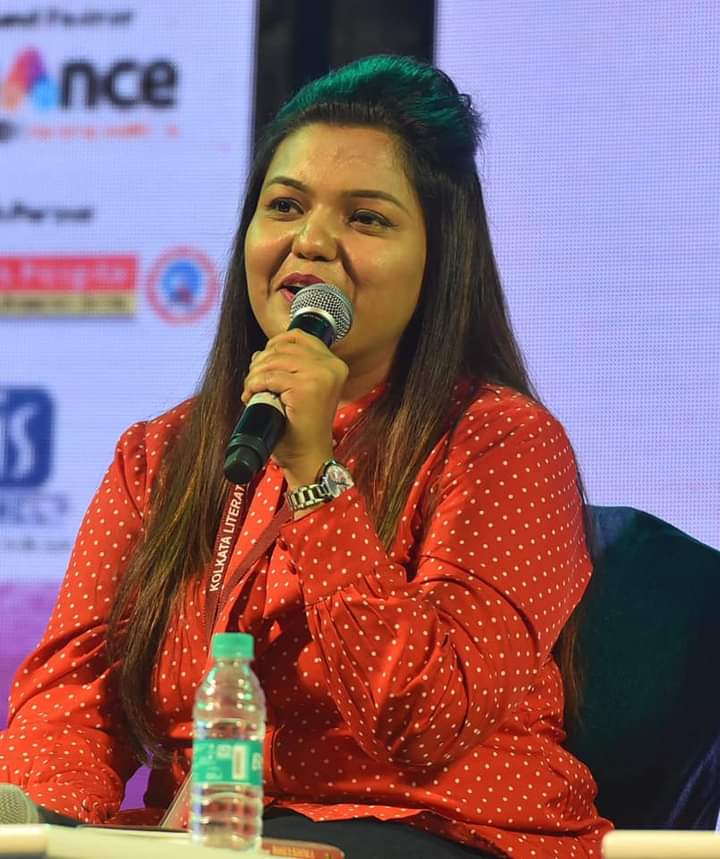 Debarati Mukhopadhyay is one of the most popular authors of contemporary Bengali literature. A young Government officer by profession, she has written more than 20 bestselling novels including Narach, Dakat Raja, Glanirbhabati Bharat, Shikhandi, Ishwar Jakhan Bandi and Aghore Ghimiye Shiva. Her corporate world novel Dasgupta Travels was shortlisted for the Sahitya Akademi Yuva Puraskar in 2021. Many of her novels, such as Narak Sanket, Ranrkahini, and Shikhandi have been adapted for the silver screen. Debarati is a prolific writer and contributes regularly to Bengal’s prominent literary magazines and journals. As an officer, bestselling author, travel-enthusiast, an amateur violinist and mother to an infant, Debarati is considered a youth icon in Bengal who volunteers her time to guide government-job aspirants. A widely recognized public speaker, Debarati can be often found delivering motivational talks at educational seminars, conferences, and at the halls of Ramakrishna Mission.

I would like to thank the author for providing an advanced review copy of the book in return for an honest review. All opinions are my own.