Set in the hardscrabble landscape of early 1900s Oklahoma, but timeless in its sensibility, Prairie Fever traces the intense dynamic between the Stewart sisters: the pragmatic Lorena and the chimerical Elise. The two are bound together not only by their isolation on the prairie but also by their deep emotional reliance on each other. That connection supersedes all else until the arrival of Gus McQueen.

When Gus arrives in Lone Wolf, Oklahoma, as a first time teacher, his inexperience is challenged by the wit and ingenuity of the Stewart sisters. Then one impulsive decision and a cataclysmic blizzard trap Elise and her horse on the prairie and forever change the balance of everything between the sisters, and with Gus McQueen. With honesty and poetic intensity and the deadpan humor of Paulette Jiles and Charles Portis, Parker reminds us of the consequences of our choices. Expansive and intimate, this novel tells the story of characters tested as much by life on the prairie as they are by their own churning hearts.

A tale about the sacrifices and settlements we make with ourselves and others as we attempt to navigate romantic and familial relationships. It was a tale that explores the power and strength of kinship on the harsh American frontier that appealed to me as I picked up Prairie Fever by Michael Parker.

The book primarily follows the story of the two Stewart sisters over the decades. The dreamer Elise and the pragmatic Lorena. The sisters are inseparable until an impulsive decision changes the course of their lives. That and a schoolteacher, Gus McQueen, who drives a wedge between the two. It is all about the consequences of our choices.

It is not a traditional historical fiction in terms of writing style. The structure and dialogues are more contemporary. That said, the writing is lyrical. It brings the settings vividly to life. You are transported to the cold harsh winters of Lone Wolf, Oklahoma to the dry arid West Texas. The book is also interspersed with wry humor.

Time was an element that fell like snow from the sky. The sky was stitched together with safety pins, but sometimes the pins worked loose and out came the elements and one of them was time.

The characters are what make the book. I liked the interplay of relationships. At its heart, the book may seem about sibling rivalry, but it is a lot more. A father who is an idea man. A mother coming to terms with the loss of her children. But apart from Lorena’s character (that I felt was shortchanged and whose story was not explored much), none of the other main characters really captured my interest.

What primarily did not work for me was the narration. The initial few pages are quite confusing. It took me a while to get into the book. Also, the constant switch between the first person to the third person narrative and then the epistolary was too jarring. The ending too quite weak.

I have mixed feelings about the book. But I would love to check out more books by the author simply for the lyrical prose. If you enjoy offbeat historical novels with lots of wordplay, do pick up this book. 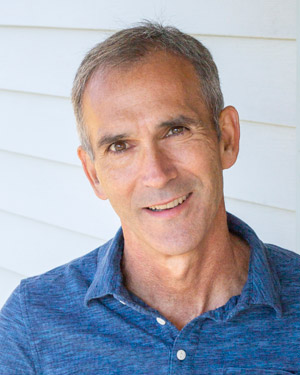 Michael Parker is the author of six novels and three collections of stories. His short fiction and nonfiction have appeared in the Washington Post, the New York Times Magazine, the Oxford American, Runner’s World, Men’s Journal, and other publications. His work has been anthologized in The O. Henry Prize Stories and The Pushcart Prize. He is the Nicholas and Nancy Vacc Distinguished Professor in the MFA Writing Program at the University of North Carolina at Greensboro. He lives in Saxapahaw, North Carolina, and Austin, Texas.

Image by Free-Photos from Pixabay