When American schoolchildren learn about Black History, they are typically taught American stories rooted in the struggle over enslavement and oppression. While these stories are essential, they acknowledge only a part of a rich and thrilling history that goes back millennia across the vast African continent.

Inspiring and enriching, African Icons: Ten People Who Built a Continent by Tracey Baptiste provides ten illuminating portraits of Black excellence from ancient times through the sixteenth century. By introducing these tremendous stories into current discussions of racial inequality and historical bias, Baptiste takes an important step toward filling a vast educational gap.

Illustrator Hillary D. Wilson’s brilliant portraits accompany each profile, along with vivid, information-filled landscapes, maps, and graphics for readers to pore over and return to again and again.

African Icons primarily focuses on Egyptian history. Written in chronological order from ancient times to the sixteen century, it celebrates kings, queens, inventors, scholars, and visionaries who shaped the continent and beyond. From Menes, the first Pharaoh, to Queen Idia, a sixteenth-century power broker.

The book’s journey began in February 2017, when author Tracey Baptiste wrote a blog post, Africans before slavery, in response to the then American President Donald Trump’s ignorant comments on Black History Month. The author did face difficulty in researching for the book due to the bias and racism in the written records. In some cases, complete history has been wiped out and replaced with the colonizer’s version.

The book is beautifully illustrated. Along with the ten heroic figures, the designer also framed each chapter with a graphic pattern borrowed from ancient African tradition that adds to the charm of the book.

Apart from the icons, the book discusses the history of the continent including colonization. It was heartbreaking to read how entire civilizations were lost. Particularly in the case of Timbuktu, where libraries were burnt down by invaders. Scholars, doctors, jurists, and teachers were either exiled or taken as slaves.

As I began reading the book, particularly the first chapter about Menes (the Scorpion King), I couldn’t help but notice how pop culture has reduced one of the fathers of Egyptian civilization to a mere caricature. Similar to Imhotep (the antagonist in The Mummy) who was celebrated as an artist, physician, dentist, and god.

We have all heard the tales of Ali Baba and the Forty Thieves, and Jack the Giant Killer. Did you know that the former is quite similar to “The Password” from the Dahomey people of West Africa? The latter to a story called “A Man Among Men” from the Hausa people of Nigeria? Stories do move around. I recently read Disfigured: On Fairy Tales, Disability, and Making Space by Amanda Leducwhere she discussed how fairy tales were sourced from different origins and tweaked to suit the nobility. Perhaps, these two tales also find their origin in Africa. We never know.

The book is categorized as a middle-grade / young adult. But is a must-read for all ages. The book includes war and bloodbath, but all the while keeping in mind the target audience of young readers. It can appear wordy for younger children and I do wish there were more illustrations.

That said, it is a brilliant read. The book is just the tip of the iceberg and I hope more authors explore these lost civilizations and history.

This blog post is part of the blog challenge ‘Blogaberry Dazzle’ hosted by Cindy D’Silva and Noor Anand Chawla in collaboration with VoxBox and Journey Matters. 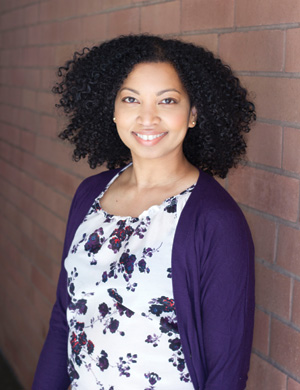 Tracey Baptiste is the New York Times bestselling author of Minecraft: The Crash and the popular Jumbies series including The Jumbies, Rise of the Jumbies, and The Jumbie God’s Revenge. Upcoming 2021 books include the picture book Looking for a Jumbie and the middle grade nonfiction African Icons: Ten People Who Built a Continent.